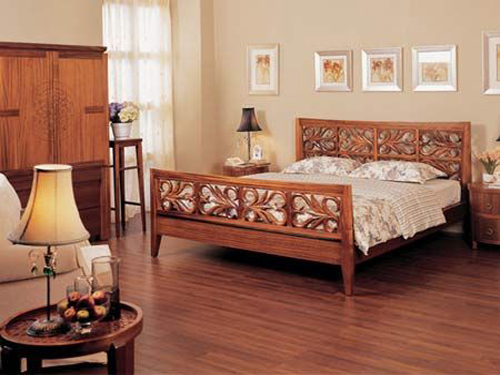 Red Star Meikailong International Home Chain CEO Che Jianxin said: "After the introduction of the "New China Eight," for the home industry, it will be affected by market wait-and-see psychology in the short term, but in the long term, the total market volume will increase instead. The fundamental purpose of the new eight countries is to stabilize housing prices. The rigid demand for housing is a long-term existence. It is precisely because of strong real estate regulation that the home industry has been making long-term improvements."

He believes that the "New Country Eight" completely blocked the road to real estate speculation. In the past, after the opening of the new building, a certain percentage of the houses were purchased by investment and speculative buyers, and some properties were still inhabited for few years after they were handed over. Although the real estate market was prosperous on the surface, this type of housing transaction was a problem for households. There is no point in the market.

After the introduction of the â€œNew Eight,â€ the volume of housing transactions declined, but the reduction was more in investment and speculative housing. As the current buyers are basically self-occupied home buyers, compared with the past, the proportion of direct decoration after housing transactions will be significantly increased, becoming an effective demand for the home market.

More importantly, investment and speculative stocks that have accumulated since 2000, in the event of a decrease in the mobility of real estate and an increase in temporary housing demand, are required to be managed in order to obtain capital gains and become residential housing. Real estate experts believe that housing rentals will be more active than ever. According to a group of data, after the â€œNew Country Eightâ€, consumers in Beijing's rental housing have already accounted for about 10% of the home market's source, and Shanghaiâ€™s consumers who rent rooms for decoration accounted for 11.1% of the total. Chengdu, Southwest China Chongqing is about 20%, and Hangzhou and Zhengzhou are as high as 30%. For a long time to come, vacant homes will continue to be renovated and become a new source of home market demand. This is a major positive news for the home furnishing industry.

As a leading company in the home circulation industry, Redstar Macalline will provide consumer services and guidance in 2011, enhance marketing efforts, strengthen long-term cooperation and win-win results among enterprises, and seek more long-term and stable development.