In the northeastern land of the winter, the wind is cold and sullen. At the end of the year, there was an exciting news from Yingshang County, Anhui Province, just like the fast-developing economic carriage here, just in the past 2010...

In the northeastern land of the winter, the wind is cold and sullen. At the end of the year, there was an exciting news from Yingshang County, Anhui Province. Just like the fast-developing economic carriage here, in the past 2010, the number of domestic and foreign tourists in the county exceeded 3.2 million, achieving a tourism income of 1.5 billion. Yuan, after perfecting the â€œEleventh Five-Yearâ€ tourism missions and goals, the Tourism Bureau has also focused on the theme of â€œbig construction, big implementation, and big leap forwardâ€ in the county. The goal of promoting the prosperity of the commerce and trade economy is to take the tourism blueprint drawn by the Anhui Normal University for the county as a specimen, fully implement the â€œ11223â€ project of tourism construction, and spread the magnificent picture of the â€œTwelfth Five-Year Planâ€. Sharing the joy of this harvest, the reporter used the interval between Huainan and drove all the way to 55 kilometers north, and went straight to the first batch of â€œAnhui Province's tourism strong countyâ€, Guan Zhong's hometown, and the northern water townâ€”é¢ä¸Š. 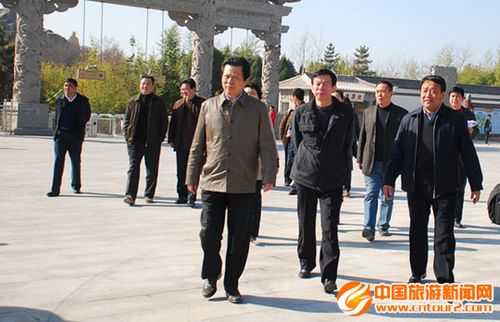 Hu Xuefan, the director of the Anhui Provincial Tourism Administration (former one), inspected the work

Passionate talent is the "first element" of tourism development

A pair of powerful hands clasped tightly with the reporter, and a burst of laughter swayed in his neat and orderly office, and sincerely, the eyes of infinite charms welcomed us from afar. The reporter has been unable to remember that the director who has the longest history in the Anhui County Tourism Bureau has met for the first time, but the interview with the Tourism Bureau and the interview with Director Huang Guanqiang is the first time. "If there is no Huang Guanqiang, the tourism on the raft will continue to develop; but with Huang Guanqiang, the tourism on the squat has such a big development today." As early as the year before, the reporter heard an official comment on him. Yes, this iron-and-blood soldier who has fought against the battlefield and participated in the military parade of Tiananmen Square in the 35th anniversary of the Republic of the Republic, with his skill and open-mindedness, has developed the tourism from the â€œnot known to the deep-rooted peopleâ€ to â€œfamousâ€. "The world is full"; from the northwest of Anhui Province to the north of the water town, the dream gallery. Nowadays, the tourism on the raft has become the first county in northern Anhui and the strong tourist county in Anhui Province. Huang Guanqiang himself has also been awarded the â€œAdvanced Workers in Anhui Tourism Systemâ€ and â€œTop Ten Tourism in Anhui Provinceâ€. The character is honored. 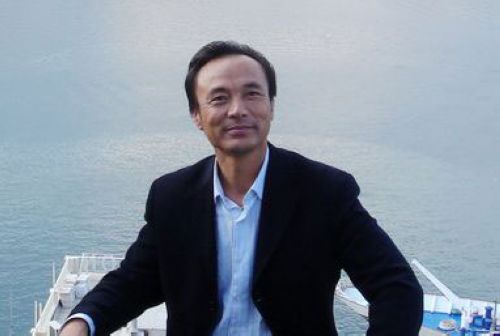 In 2002, Huang Guanqiang was still a tepid township head in a township in Yingshang County. Because the township party committee secretary transferred it, the countyâ€™s order to appoint him as a secretary has been issued, but for some other reason, the delay It is. Therefore, Huang Guanqiang took the initiative to ask the county party committee and county government to ask, "Which bureau is the worst, I will go to which bureau, and do not have a job, the deputy can." In this way, he became the director of the Tourism Bureau, for a career that wants to do business. For people, a mature, wise, and inclusive 42-year-old man is not too late. However, "the Qingshui Gate is half open, and no one wants to walk in." The tourism at that time was not so valued now. The Tourism Bureau is the worst unit in all the county departments. It is money, money, and people. Therefore, Huang Guanqiang carried out the "100-day training" in the style of the military, and pulled only the few members of the Tourism Bureau to the scenic spot for "closed training." As soon as I mentioned this, Zhou Haiyan, the director of the Tourism Bureau Office, still remembers it: "At the time, the hard training, we were tanned, our feet were soaking, and almost fainted several times. It is affirmative. But After the training, the overall appearance of the Tourism Bureau has been completely renewed." "When doing tourism, you will sip, the wine is also afraid of the alley; the ecological construction is like a business card, so that the popularity of the scorpion is getting higher and higher; it is better to make a look than to break the scorpion; People who travel are always young; limited life, unlimited journey, and tourism are an extension of life." Such a unique insight into the words, Huang Guanqiang not only often hangs on his lips, but also everywhere.

On Huang Guanqiang's business card, there is also a title of â€œregistered plannerâ€. Yes, travel is to plan and market. Huang Guanqiang believes: "There is less work in the process, only to see the results. If you want to pay attention to tourism in the whole county, you have to feel the great benefits of tourism development." Tourism development has a strong correlation and strong radiation drive. Employment, excellent structure, image promotion, and income increase are all important. He traveled all the tourist attractions in the county, and until every tourist facility, he led the leaders of various scenic spots, parks and related townships to go out and learn advanced experience from their peers. Start with the development of the scenic spot and quickly open the situation. Nanhu Park, Xiaozhangzhuang Park, Baique Temple, Guan Baozhen and Huai Shang Park were included in the "Chinese Tourism Famous Dictionary"; Balihe Scenic Area and Digou Scenic Area were awarded "National 4A Scenic Area" respectively. â€œNational Agricultural Tourism Demonstration Siteâ€. At the same time, through the development of the party congress, the people's congress, and the high-street tourism industry, he urged all departments and industries in the county to take advantage of all aspects of the situation, all making a fuss about tourism and giving full play to the leading role of tourism.

In the old saying, "the soldiers will bear a bear, and they will bear a nest." Under the current conditions in China, no matter the enterprise or the organization, no one can deny the role of the leader. At the Tourism Bureau, we learned that nearly 20 staff members Each of them is full of energy, and all of them can work independently. The tourism propaganda planning is brilliant, the tourism association is well-organized, the scenic area construction is in full swing, the cooperation investment is fruitful, and the teamwork is improving.

Major service areas: Shantou/ Chenghai /Chaoyang /Chaozhou/Jieyang
Major product scope: Ceramics/Sanitaryware/Toys/Hardware/Clothing/Mechanics/Food/Stainless steel, etc.
If your clients have the purchase orders from the above areas, we are your best choice.

Sea Freight to the Black Sea