2010 is about to pass, and the tourism events of this year will be remembered. Travel is a pleasure to relax and adjust oneself. Some people are very sad, in the process of traveling...

2010 is about to pass, and the tourism events of this year will be remembered.

Travel is a pleasure to relax and adjust oneself. Some people are very sad, and encounter some ridiculous things and even tragedies in the process of tourism.

Here are the top ten tragic events of tourism in 2010. We can learn from these tragedies and prevent possible emergencies in tourism.

1. Be careful when going to Yichun by plane?

Event playback: At about 22:10 on August 24, 2010, a passenger plane from Harbin to Yichun landed at Yichun Airport. When it was close to the runway, it crashed into two pieces and crashed. Some passengers were taken out of the cabin during the accident. . There are 91 passengers on board, including 5 children. The "8â€¢24" crash caused 43 people to die. Judging from the scene of the crash and survivors recalled, the aircraft did not burn or explode in the air, and no signs of vandalism were found in the investigation. On August 30, Henan Airlines Co., Ltd. announced the compensation standard for passengers killed in the "8â€¢24" crash. The total compensation for each passenger was 960,000 yuan.

Comment: Yichun air crash occurred eight days after the explosion of the Yichun Fireworks and Firecracker Factory. The accident caused some concern to the locals. Because of the shadow of the air crash, tourists had some fear of flying to Yichun. Of course, Yichunâ€™s tourism industry has been hit hard by this, and it will take time to heal. The whole process of tourism is actually an interlocking industrial chain. Travel transportation is a vital part of both travellers and destinations. Paying attention to and improving tourism transportation will not only make passengers travel smoothly, but also ensure the steady development of tourist destinations. 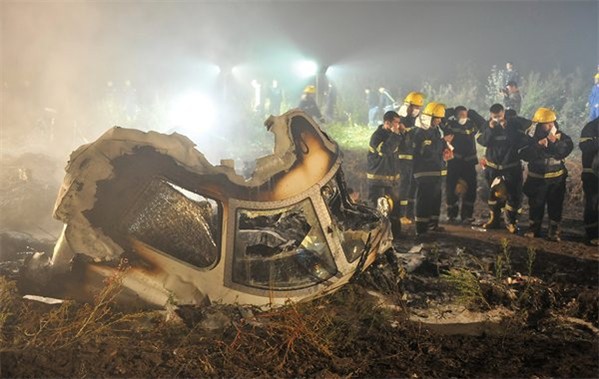 2. The most horrible thing in the world is not the Chinese city management to catch you, but the Philippine special police to save you.

Event Replay: At about 9:00 am on August 23, 2010, a tourist car carrying 25 people (including 22 Hong Kong tourists) was near the Grandstand in the center of the city of Manila, Philippines, and was formerly the Philippine former police officer Rolando Gate. Dosa hijacked.

After negotiations, six Hong Kong tourists were released before noon. At around 7:40 pm on the 23rd, the Philippine police carried out a surprise rescue operation, which led to the out of control of the robbers. So they fired a shot at the inside of the car, causing 8 deaths and 6 injuries to Hong Kong tourists.

Comment: As soon as this incident came out, "the most horrible thing in the world is not that China's urban management is going to catch you, but the Philippine special police to save you." This sentence began to spread in the Internet.

The rescue ability of the Philippine special police is obvious to everyone, and it is not flattering. The impact of the incident was very great. It even triggered the hostility of Hong Kong people to the Filipinos. Newspapers have reported that the relationship between Hong Kong people and the Filipino maids is tense. At the same time, the intelligence of the Philippine special police was also seriously suspected. The president of the country smiled at the bloody scene and was ridiculed by domestic netizens.

Unexpectedly, the President of the Philippines, Aquino III, said that laughter is an expression of "anger."

Perhaps this is one of the manifestations of logical thinking with the characteristics of the Philippines. 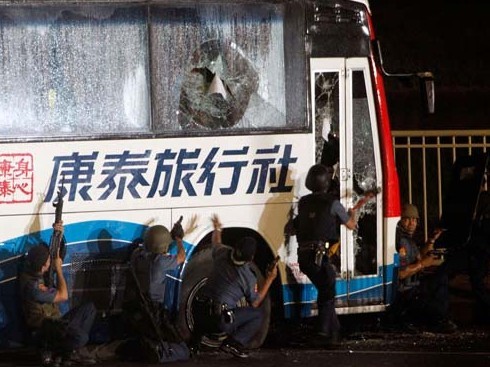 Event replay: On the morning of October 17, 44 Chinese tourists (30 males and 14 females) who had arrived in Jeju Island on the Italian cruise ship "Costa Classica" were unauthorised from the tour group. Among them, 2 were found at G Hotel in Jeju Island, and another 9 were found at Jeju Island Siya Hotel. After the incident, the 11 Chinese tourists returned home with their handcuffs for police interrogation, and another 33 were missing. The police speculated that the motive of these people was to sneak into South Korea to work as a black worker.

The impact of this incident was bad, and South Korea decided to implement ship inspections and safety inspections at 27 trading ports before the end of October. In addition, South Korean Prime Minister Kim Jong-sik decided to preside over a ministerial meeting on security and security, and plans to comprehensively strengthen the anti-terrorism situation.

Comment: The "out of the group" incident caused an uproar on the Internet. Many netizens accused these group members of being disillusioned by the image of Chinese tourists, and even used classics such as "disgraceful" and "shameless".

The incident involved the issue of the quality of tourists. As a Chinese tourist, the image of the entire Chinese tourist is the representative of the country. Although only a few people are accused, other Chinese tourists will be implicated. 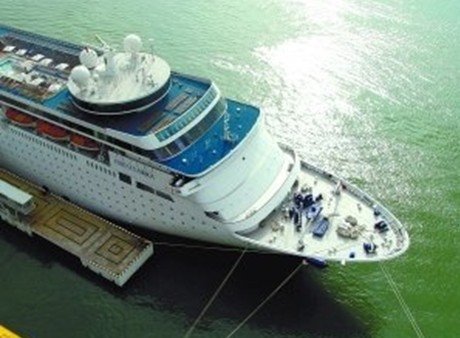 4. Be careful when going to Japan?

Event replay: In September, some anti-China right-wingers in Japan threw homemade burning materials at the Chinese Consulate General in Nagasaki and Fukuoka to contain Chinese tourists.

In response to this, at the regular press conference of the Ministry of Foreign Affairs, Foreign Ministry Spokesperson Jiang Yu responded to the right-wingersâ€™ containment of Chinese touristsâ€™ bus behavior. The Chinese side resolutely opposes these unfriendly or even illegal acts and has also made representations to the Japanese side.

Comment: This time, the Chinese tourist bus was blocked. It is a manifestation of Sino-Japanese diplomacy. It originated from the issue of the Diaoyu Islands in China and Japan. Not long before this incident, the Japanese illegally detained Chinese fishermen's fishing boats in the Diaoyu Islands waters, seriously infringing on China's territorial sovereignty and the personal rights of Chinese citizens.

The relationship between tourism and politics between the two countries is very close. Political tensions and the tourism industry will suffer adverse effects. Tourism, as a kind of international exchange, is also a branch of politics. If you travel abroad, you still have to know about the situation in the country and international relations in advance. When the Sino-Japanese relationship is tense, travel to Japan, and more attention must be paid to security.

5. Donâ€™t let me be afraid of the bus in Shanghai.

Event replay: At present, tourist traffic accidents have become the most high-risk in tourist accidents. Since November this year, there have been four traffic accidents in Shanghai's tourist bus. Take the 21st "Tonglu Tourism Bus Rollover Accident" as an example. Although the accident was caused by the speeding of the bus driver, some small travel agencies or low-priced groups also have unshirkable responsibility. In some travel agencies or shopping groups in Shanghai, in addition to the normal attractions, there are some â€œgun pointsâ€ (shopping points added by the tour guides). This has increased the workload of the coaches, and the original itinerary has become more tense. The working hours of the day are often between 14 and 16 hours. While driving fast, the driver's fatigue driving also increases the risk of travel.

Comment: Travel is a leisure and relaxation opportunity, but under the coercion of shopping tour guides has become a "death trip." The so-called "ten accidents nine times fast", such an eager and intensive journey, the accident is also a matter of time. Tracing back to the source, Shanghaiâ€™s four tourist traffic accidents in November were still in the tour guide.

The wages of avarice is death. The ancients said it was very brilliant. 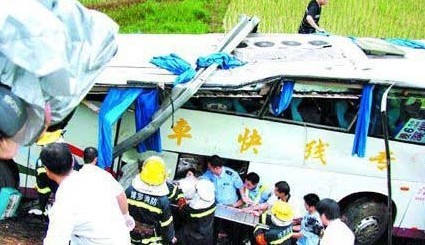 Travel by car: Do not let travel become the beginning of tragedy