"Flash play" has gradually become a new fashion for tourism

The photo of the flashing promoter Li Xu who gave the flash friend when he was playing in Qingdao. Flash play has a hidden rule, and flash friends can only shoot back. [May Point Network] Not long ago, a weekend, 80-year-old Beijing netizen Chen Yang does not... 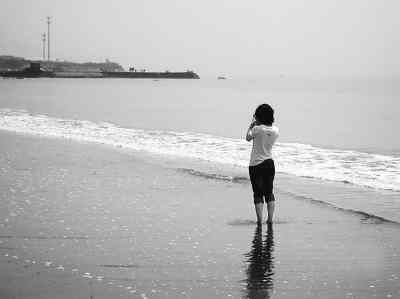 The photo of the flashing promoter Li Xu who gave the flash friend when he was playing in Qingdao. Flash play has a hidden rule, and flash friends can only shoot back.

[May Point Network] Not long ago, a weekend after the 80s, Beijing netizen Chen Yang no longer sleeps at home and goes online as usual. This time, he wants to fly to Qingdao to go to a "Flash Friends" appointment. A week ago, they had already made an appointment on the Internet to meet the time and destination route. On Sunday morning, two strangers met in a strange city, followed by a leisurely play. In the evening, the beautiful journey is over and the two return to their respective cities and return to their own lives.

This is a typical flash game. Flash play, as its name suggests, is characterized by â€œflashâ€, finding a like-minded playmate through a convenient network in a short time. The time is usually one day, that is, meeting in the morning, carrying out tourism activities according to the pre-planning, and ending the evening activities, each breaking up and consuming the AA system. Flash friends are basically strangers from the Internet.

The first group in China to launch a flash game was created on November 29, 2008 in Douban. The author interviewed his founder, Li Xu, who used to work in IT in Shanghai. He often rushed to cities across the country for work reasons, and he was on a business trip for up to 300 days a year. His initial thought was to find a partner for the trip, often go to the airport directly after work on Friday, play until Sunday.

The author joined a QQ flash play group to conduct a random survey, and found that more than 90% of the flash game people concentrated on the single white-collar workers after 80, have a stable income and a certain amount of spare time.

When talking about why you choose to play this form, senior flash friend Xiaohui said that the first thing was because of a new city job, a person is more boring, and later found that flash play can relieve work pressure, especially the mood is not When you are good, going out is a kind of relaxation.

Li Xu holds the same view. He said that the flash is a mood, as many reports have written. In many cases, it is only necessary to change the city to drink coffee. He also pointed out that the form of flash play reflects the publicity of the self-character of the post-80s in a certain sense. During the journey, everyone can put aside some realistic constraints and ties, open their hearts and actively pursue the color of life itself.

Since the flash play is mostly concentrated on the weekend, the time is relatively short, and the cities that travel farther away generally use airplanes and other means of transportation, plus the cost of playing accommodation upstream, which leads to higher cost of flash play, which is a comparison. Burning money activities. At present, the form of flash play has changed a lot, and it has already had a new performance. From the very beginning, "the beast of riding a plane rushed around", and now it has gradually evolved into a short-distance tour of an adjacent city, gathering and singing in the same city. Sports and so on. (People's Network)