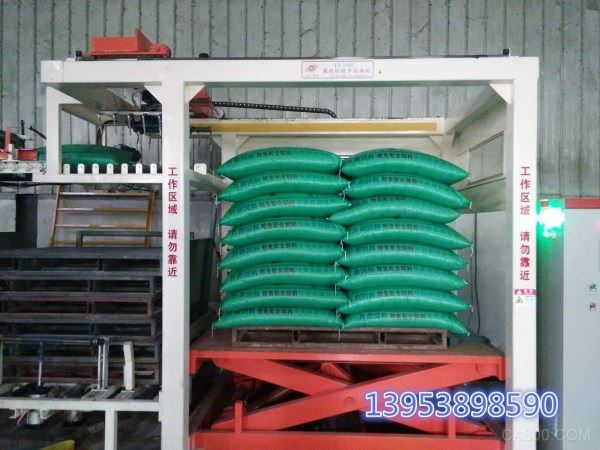 â€ƒ The palletizer is a new type of device developed in the process of mechanization and automatic production. In the modern production process, palletizers are widely used in automatic production lines. The development and production of robots has become a high-tech field. It has further promoted the development of palletizers, enabling the palletizing machine to achieve mechanization and automation. Organic combination.
As a traditional production enterprise, the use of palletizers to change our production methods is the only way to reduce the dependence of enterprises on employment, reduce production costs, and achieve sustainable development. The increase in the frequency of use has led to an immediate increase in the output of industrial production. It has been widely used in industrial industries such as electric feed, fertilizer, flour and other bag packaging products, greatly improving production efficiency. The efficiency of production in many industries after the reorganization of palletizers is Quality has further developed. The impact of palletizing machines on the modern production industry is enormous, which not only drives a new round of development in traditional industries, but also has market competitiveness as much as the modern sunrise industry.
With the miniaturization and miniaturization of the palletizer, its application field will break through the traditional mechanical field, and it will be developed in the fields of electronic information, biotechnology, life sciences and aerospace. This is one of the Chinese palletizer manufacturers. opportunity!
The industry of palletizing machines and non-standard robots is very extensive, and it has important application status in the automotive and food industries. As a Chinese palletizer manufacturer, Taian Tengyang will firmly seize the opportunity to provide good products and services to our customers!