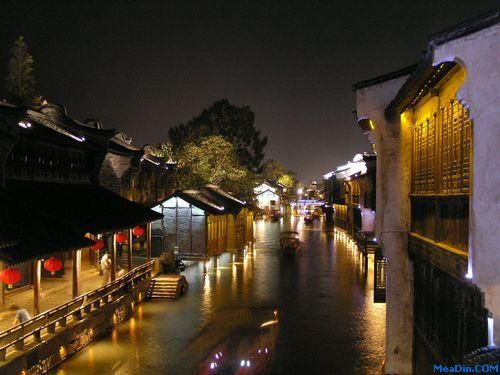 The successful development of ancient towns such as Zhouzhuang in Jiangsu, Lijiang in Yunnan, Fenghuang in Hunan, and Pingyao in Shanxi led to the rise of tourism in ancient towns and became a highlight of cultural tourism. The ancient town tourism rescued a group of ancient towns that were on the verge of destruction. It activated a group of historical and cultural resources that were being inundated, promoted the local economic development led by tourism, and promoted the employment of local residents and improved their living standards. The prosperity of ancient town tourism once again proves that the organic integration of tourism and culture is the only way for mutual benefit and win-win.

In the eyes of some local officials, developers and planners, Gujie Ancient Bridge, House Shop, Bell Tower Wall, Temple Taoist Temple is the tourism resource of the ancient town, and the residents who lived there for generations are not in the â€œcategoryâ€ of â€œtourism resourcesâ€. Within the scope of â€œinvestigationâ€, â€œevaluationâ€ and â€œdevelopmentâ€, they are even considered as burdens. This kind of view of the invisible resource excludes the indigenous people in the ancient town from the source of tourism development.

In the development planning of some ancient towns, almost all the space has been developed into various tourist functional areas, but the functional areas such as living quarters, leisure and recreation, recreation and fitness of the original residents are rarely included in the tourism development plan. In the planning and development of ancient town tourism, we should fully consider the relatively concentrated activity space of foreign tourists, the living quarters of the original residents, and the venues for sharing and exchange between the two, so that tourists and residents can get their own: Intimate daily life can meet the psychological needs of tourists to visit exotic customs, as well as opportunities to contact and communicate with local people.

When I was visiting a small town in Europe, it was common to visit tourist areas where the area was historical sites, old streets and other characteristic neighborhoods. The residential areas were more concentrated, some scattered in residential areas; town squares, churches The commercial street is a public place for tourists and residents. There, there is little obvious boundary between the tourist area and the residential area. In such an environment, visitors can truly experience and experience the vitality and charm of the ancient town.

Retaining some indigenous people in the development of ancient town tourism is a necessary condition to ensure the continuity of local cultural context. Therefore, it is necessary to retain the living areas of the inhabitants as much as possible and provide conditions for them to engage in tourism-related production services. This not only provides them with new channels for entrepreneurship and employment, but also the need for localization and specialization of tourism services. Visitors to the ancient town often do not want to enjoy the "standardized" service in star-rated hotels, but hope to taste the local cuisine in the local restaurants.

The author recently visited the Ximei Village, Wuyi Mountain, a famous historical and cultural town in China. The tourism development here has just started, and the village tourism company sent a young man to explain. He does not have the established guide program, nor does he mechanically recite the guide words written by the cultural people, but he knows the story of each ancient house and the story of the owner. The humorous explanation gives the audience a smile and a slight smile. The explanation of the local sound is full of love for the hometown. I call him the "grassroots guide" of Xiamei Village.

In reality, planners rarely conduct in-depth interviews or sample surveys of indigenous residents, asking them about the ideas, requirements, and doubts about developing tourism. In development planning, they only regard them as â€œlaborâ€ for participating in tourism services. In the current social and ecological environment in China, local governments dominate development, and local or foreign social capital dominates development. In the game of power, capital and residents, residents are often weak, and their voices, appeals and rights are often ignored. . This will inevitably lead to dissatisfaction of the indigenous residents and even transfer dissatisfaction to the tourists. Such things happen frequently, and the root cause lies in the imbalance of interests in the development of tourism in the ancient town.

In short, although the local government or developer is the â€œParty Aâ€ in the tourism planning contract, the compiler should regard the indigenous residents as the â€œParty Aâ€ in the moral sense, while being responsible to the local government and the developer. It is also responsible for the indigenous people who have been born for generations to continue to live in the life of the ancient town. They have the right to live a modern life in the history, context and blood of the local history. (China Tourism News)